ABCQ Productions is an independent production company established in 2011 and located in Monrovia, CA. ABCQP has created several PSAs and videos for the Boys and Girls Club of the Foothills, in addition to commercials, and production videos for video and board games. Their first film was the romantic comedy called “The Right Turn” which has been nominated for several awards through the eight film festivals that it was featured in 2012. Now a driving force with My Krazy-Ex (the original My Crazy-Ex)! 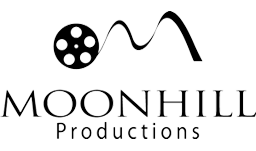 MoonHill Productions is an independent entertainment production company based in Pasadena, CA. Committed to developing and producing intelligent, entertaining, cost-efficient, marketable film, t.v., new media, and stage content. Owned by Richard Moon, Isabel Junie Hildebrandt, and Colleen Kelly, MoonHill Productions has won numerous awards for projects they are involved in including AAA Screenplay and PAGE International awards for the scripts “Complications” and “Jupiter”; a Best Sci-Fi Script Nomination for “The Disconnected”; Best Produced Screenplay and a nomination for Best Picture for “Driving By Braille”; Best Horror Short and numerous Telly Awards for “Zombeo and Juliecula”; as well as a Best Documentary, Best Documentary Short and a Telly Award for “Salvage”. Now part of the production team for My Krazy-Ex (the original My Crazy-Ex)!

Adam is a creative person and has worked over 15 years in the video game industry with more than 15 AAA titles under his belt. Over the years, Adam has expanded into other creative media. In addtion to being a children book author, illustrator, award winning board game designer, he is also a CFX artist, a composer, writer, director, and producer.

He started out composing music for video games and films, like MLB 2k8 and Devils Dominos, staring Daniel Baldwin and Vincent Pastore. Adam and his wife Charlyn, started their own production company after he wrote a few scripts including “The Right Turn”.  Adam is preparing to start production on several more film projects that he has written and continues to compose music for films, video games, and presentations. Adam is passionate about his latest project; My Krazy-Ex (the original My Crazy-Ex)!

Jacob loves writing in all forms, and believes creativity is as important as breathing. To fuel that creativity he spends a lot of time looking for anything and everything, no matter the subject, that is interesting. From math and science, to cuddly kittens, if someone finds it interesting he will try to understand it and why people like it.

Colleen has over eight years of experience managing and developing highly successful reality television series including American Chopper, Greensburg, Dirty Jobs, The Ultimate Fighter, and Ghost Hunters. In 2010, Colleen moved into film production and has since acted as a Producer, Unit Production Manager, and Writer on several award winning features, shorts and documentaries such as Driving by Braille (2010), Ryan Eggold’s Literally, Right Before Aaron (2011) , 40 Million (2012), Zombeo and Juliécula (2013) , Queen Without His Crown (2013), and the documentary Salvage (2013). A graduate of Albion College, Colleen has a degree in Elementary Education, communication with a theatre emphasis, and a minor in English. Currently, she is a producing partner and part-owner at MoonHill Productions and has increased the range of the company to include television, reality television, and documentaries.

Isabel Junie Hildebrandt has taken an unusual path towards becoming an award-winning film producer. After achieving her PhD in Molecular and Medical Pharmacology in 2007, Isabel managed two successful research labs in UCLA’s David Geffen School of Medicine where she built up considerable experience at combining a variety of diverse interests and talents into a solid, unified product. In 2009 she co-founded MoonHill Productions, both to apply her experience and skills to the field of independent film production, and to work with her husband, screenwriter Richard Moon.  She has produced or assisted in the production of numerous award winning  films, including the  shorts Continuity (2009),  April (2010), 40 Million (2012) and Zombeo and Juliécula  as well as the features Small Days (2010), and Driving by Braille (2011).   In addition,  she has recently delved into documentary — Salvage (2013) — and reality show development.

Matt is a cinematographer based out of Los Angeles. Ryan has shot for Disney Channel, Warner Brothers, PBS and narrative video game content for Machinima including: “Fallout: Nuka Break,” “Fallout: Red Star” and “Portal: Aperture R&D.” He is currently shooting the show “DC All Access” for DC Comics and “Frankenstein MD” for PBS. Ryan holds a MFA in Cinematography from Florida State University, a BA in Business Management from Virginia Wesleyan College and Masters Certificate from the Budapest Cinematography Master class.

Amanda N. Adams is an editor based out of Los Angeles.  Originally from Southern Virginia, she holds a BFA in Editing & Sound at the University of North Carolina School of the Arts. She has worked on numerous projects as an editor and assistant editor, including (but not limited to) web series, short films, features, trailers, and advertisements. Comedy is her favorite genre to edit–the more inappropriate the humor, the better.

Michael is a Los Angeles based Re-recording Mixer and Sound Editor.  He has worked on a broad range of projects including feature film, documentary, both scripted and unscripted network television, web series and animation.  Some of his clients include Disney XD, Warner Bros. Television, AMC and Machinima Prime.   Michael holds a Master Recording Degree from the Conservatory of Recording Arts and Sciences.

Born and raised in Virginia Beach, VA, Matthew is an accomplished musician with extensive real-world experience in many aspects of the audio industry. His passion for sound design brought him to attend the Conservatory of Recording Arts and Sciences in Phoenix, AZ. Upon graduating he moved to Los Angeles, in 2012, where he is now working as a freelance engineer providing high-quality post production and commercial audio services.

Ms. Dadci is a multidisciplinary designer for Film/Television and architectural design-build projects. Sherry received her undergraduate degree in Architecture from the University of Texas at Arlington. Sherry has had the opportunity to work for several high profile Los Angeles architectural firms on hospitals, school and residential projects; Ms. Dadci’s extensive work experience in architectural firms has resulted in the completion of a dozen built architectural projects.

Whether its collaborating with filmmakers to design the visual look of a film, designing and building props for a movie, to designing interiors or exterior commercial spaces, Sherry is up for any design challenge.